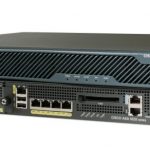 Cisco announces the end-of-sale and end-of life dates for the Cisco ASA 5550 Adaptive Security Appliances. The last day to order the affected product(s) is September 16, 2013. Customers with active service contracts will continue to receive support from the Cisco Technical Assistance Center (TAC) as shown in Table 1 of the EoL bulletin. Table 1 describes the end-of-life milestones, definitions, and dates for the affected product(s). Table 2 lists the product part numbers affected by this announcement. For customers with active and paid service and support contracts, support will be available under the terms and conditions of customers' service contract.

This end-of-sale notice is part of a broader end-of-sale announcement for the Cisco ASA 5500 Series appliances that covers ASA 5510, ASA 5520, ASA 5540, and ASA 5550, including hardware accessories. Please refer to the respective end-of-sale notices for more detail. Software licenses on the Cisco ASA 5550 have not reached their end-of-sale date. The Cisco ASA 9.1 is the last software release that will be supported on ASA 5550 and other ASA 5500 appliances that have reached their end-of-sale date. Customers are encouraged to migrate to the newer ASA 5500-X Series of next-generation firewalls (NGFW), which includes the ASA 5512-X, ASA 5515-X, ASA 5525-X, ASA 5545-X, and ASA 5555-X.