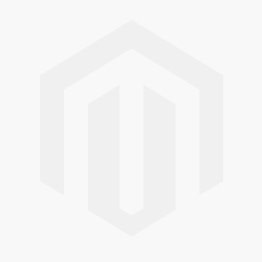 The Cisco® Catalyst® 9300 Series switches are Cisco’s lead stackable enterprise switching platform built for security, IoT, mobility, and cloud. They are the next generation of the industry’s most widely deployed switching platform. Catalyst 9300 Series switches form the foundational building block for Software-Defined Access (SD-Access), Cisco’s lead enterprise architecture. At up to 480 Gbps, they are the industry’s highest-density stacking bandwidth solution with the most flexible uplink architecture. The Catalyst 9300 Series is the first optimized platform for high-density Wi-Fi 6 and 802.11ac Wave2. It sets new maximums for network scale. These switches are also ready for the future, with an x86 CPU architecture and more memory, enabling them to host containers and run third-party applications and scripts natively within the switch.

The Catalyst 9300 Series is designed for Cisco StackWise® technology, providing flexible deployment with support for nonstop forwarding with Stateful Switchover (NSF/SSO), for the most resilient architecture in a stackable (sub-50-ms) solution. The highly resilient and efficient power architecture features Cisco StackPower®, which delivers high-density Cisco Universal Power over Ethernet (Cisco UPOE®) and Power over Ethernet Plus (PoE+) ports. The switches are based on the Cisco Unified Access™ Data Plane 2.0 (UADP) 2.0 architecture which not only protects your investment but also allows a larger scale and higher throughput. A modern operating system, Cisco IOS® XE with programmability offers advanced security capabilities and Internet of Things (IoT) convergence.

Advanced persistent security threats. The exponential growth of Internet of Things (IoT) devices. Mobility everywhere. Cloud adoption. All of these require a network fabric that integrates advanced hardware and software innovations to automate, secure, and simplify customer networks. The goal of this network fabric is to enable customer revenue growth by accelerating the rollout of business services.

The Cisco Digital Network Architecture (Cisco DNA) with Software-Defined Access (SD-Access) is the network fabric that powers business. It is an open and extensible, software-driven architecture that accelerates and simplifies your enterprise network operations. The programmable architecture frees your IT staff from time-consuming, repetitive network configuration tasks so they can focus instead on innovation that positively transforms your business. SD-Access enables policy-based automation from edge to cloud with foundational capabilities. These include:

Cisco DNA lets you manage your entire switching structure as a single, converged component. With one management system and one policy for wired and wireless networks, it offers an efficient way to provide more secure access.

●     Up to 480 Gbps of local stackable switching bandwidth

●     Flexible and dense uplink offerings with 1G, Multigigabit, 10G, 25G, and 40G in the form of fixed or modular uplinks

◦     Policy-based automation from edge to cloud

◦     Simplified segmentation and micro-segmentation, with predictable performance and scalability

●     Plug and Play (PnP) enabled: A simple, secure, unified, and integrated offering to ease new branch or campus device rollouts or updates to an existing network

◦     Encrypted Traffic Analytics (ETA): You benefit from the power of machine learning to identify and take actions toward threats or anomalies in your network, including malware detection in encrypted traffic (without decryption) and distributed anomaly detection

◦     Trustworthy solutions: Hardware anchored Secure Boot and Secure Unique Device Identification (SUDI) support for Plug and Play, to verify the identity of the hardware and software

lists the different power supplies available in these switches and available PoE power.

Mixed stacking between C9300 and C9300L SKUs are not supported. You cannot stack fixed uplink models (C9300L SKUs) with modular uplink models (C9300 SKUs) or other Catalyst switches, e.g. Cisco Catalyst 3850 and 3650 Series. Any combination of C9300 models can form a stack. Separately, any combination of C9300L models can form a stack.

The StackWise cables that are available to configure stacking with Catalyst 9300 Series modular uplink models (C9300 SKUs) come in lengths of 0.5m, 1m and 3m.

Performance and scalability metrics for the Cisco Catalyst 9300 Series

What if you could give time back to IT? Provide network access in minutes for any user or device to any application – without compromise? SD-Access is the industry’s first policy-based automation from network edge to cloud. Your foundation for your digital network, Cisco SD-Access. Built on the principles of the Cisco DNA, SD-Access provides end-to-end segmentation to keep user, device and application traffic separate without a redesign of the network. It automates user access policy so organizations can make sure the right policies are set for any user or device with any application across the network. This is accomplished with a single network fabric across LAN and WLAN which creates a consistent user experience anywhere without compromising on security.

There are many challenges today in managing the network to drive business outcomes. These limitations are due to manual configuration and fragmented tool offerings. SD-Access provides:

●     Consistent management of wired and wireless network provisioning and policy

●     Open and programmable interfaces for integration with third-party solutions

For an overview of key use-cases SD-Access addresses

Cisco IOS XE opens a completely new paradigm in network configuration, operation, and monitoring through network automation. Cisco’s automation solution is open, standards-based, and extensible across the entire lifecycle of a network device. The various automation mechanisms are outlined below.

●     Automated device provisioning is the ability to automate the process of upgrading software images and installing configuration files on Cisco Catalyst switches when they are being deployed in the network for the first time. Cisco provides both turnkey solutions such as Plug and Play and off-the-shelf tools such as Zero-Touch Provisioning (ZTP) and Preboot Execution Environment (PXE) that enable an effortless and automated deployment.

●     API-driven configuration is available with modern network switches such as the Cisco Catalyst 9300 Series. It supports a wide range of automation features and provides robust open APIs over NETCONF and RESTCONF and GNMI using YANG data models for external tools, both off-the-shelf and custom built, to automatically provision network resources.

●     Granular visibility enables model-driven telemetry to stream data from a switch to a destination. The data to be streamed is identified through subscription to a data set in a YANG model. The subscribed data set is streamed to the destination at specified intervals. Additionally, Cisco IOS XE enables the push model. It provides near-real-time monitoring of the network, leading to quick detection and rectification of failures.

●     Seamless software upgrades and patching supports OS resilience. Cisco IOS XE supports patching, which provides fixes for critical bugs and security vulnerabilities between regular maintenance releases. This support lets you add patches without having to wait for the next maintenance release.

●     Encrypted Traffic Analytics (ETA) is a unique capability for identifying malware in encrypted traffic coming from the access layer. Since more and more traffic is becoming encrypted, the visibility this feature affords for threat detection is critical for keeping your network secure at different layers.

◦     Image signing: Cryptographically signed images provide assurance that the firmware, BIOS, and other software are authentic and unmodified. As the system boots, the system’s software signatures are checked for integrity.

◦     Secure Boot: Cisco Secure Boot technology anchors the boot sequence chain of trust to immutable hardware, mitigating threats against a system’s foundational state and the software that is to be loaded, regardless of a user’s privilege level. It provides layered protection against the persistence of illicitly modified firmware.

◦     Cisco Trust Anchor module: A tamper-resistant, strong cryptographic, single-chip solution provides hardware authenticity assurance to uniquely identify the product so that its origin can be confirmed to Cisco. This provides assurance that the product is genuine.

●     StackWise-480: Cisco Catalyst 9300 Series modular uplink models (C9300 SKUs) support the industry’s highest back-panel stacking bandwidth solution (480 Gbps) with StackWise-480. Up to 8 Switches can be configured in a Stackwise-480 with the special connector at the back of the switch using dedicated stack cables.

●     StackWise-320: The Cisco Catalyst 9300 Series fixed uplink models (C9300L SKUs) support stacking bandwidth solution (320 Gbps) with StackWise-320. Up to 8 Switches can be optionally configured in a Stackwise-320 with the special Stack Kit at the back of the switch using dedicated stack cables.

●     Cisco StackPower: Cisco StackPower is an innovative power interconnect system that allows the power supplies in a stack to be shared as a common resource among all the switches. This allows you to simply add one extra power supply in any switch of the stack and either provide power redundancy for any of the stack members or simply add more power to the shared pool. Up to 4 switches can be configured in a StackPower stack with the special connector at the back of the switch. However, with the use of XPS-2200 appliance, up to 9 switches can be configured in the StackPower stack. Cisco StackPower is only supported on the models with modular uplink stack - C9300 SKUs.

◦     Cross-stack EtherChannel provides the ability to configure Cisco EtherChannel technology across different members of the stack for high resiliency.

◦     Switch-port auto-recovery (“err-disable” recovery) automatically attempts to reactivate a link that is disabled because of a network error.

Cisco Catalyst 9300 higher scale models have a deeper buffer to address the requirements of rich multi-media lossless content delivery and large routing tables in a fixed access solution with a wide range of uplink choices for deployment flexibility.

●     Flexible NetFlow (FNF): Cisco IOS Software FNF is the next generation in flow visibility technology. It enables optimization of the network infrastructure, reduces operation costs, and improves capacity planning and security incident detection with increased flexibility and scalability. The Catalyst 9300 Series is capable of up to 64,000 flow entries on 48-port and 24 port models and up to 128,000 flow entries on Multigigabit models.