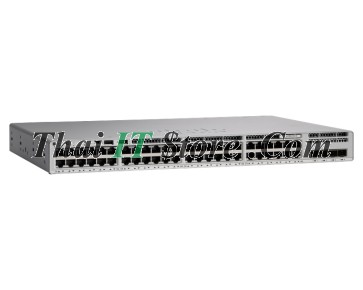 Cisco Catalyst 9200 Series switches come with modular or fixed uplinks as indicated in Table 1. With modular SKUs, the field-replaceable network modules provide infrastructure investment protection by allowing a nondisruptive migration from 1G to 10G and beyond. When you purchase the switch, you can choose from the network modules described in Table 2. 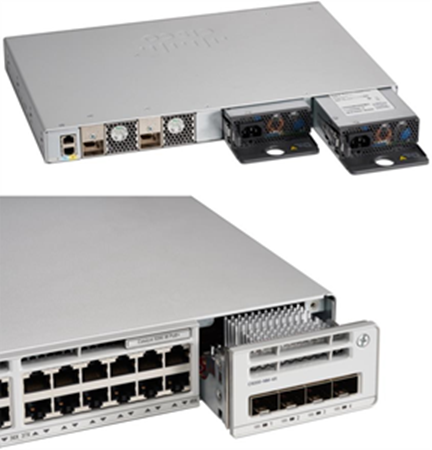 ●    IEEE 802.3at PoE+ (up to 30W per port) is supported on Cisco Catalyst 9200 Series switches to lower the total cost of ownership for deployments that incorporate Cisco IP phones, Cisco Aironet® wireless access points, or other standards-compliant PoE+ end devices. PoE+ removes the need to supply wall power to PoE-enabled devices and eliminates the cost of adding electrical cabling and circuits that would otherwise be necessary in IP phone and WLAN deployments. With Cisco Catalyst 9200 Series switches, PoE+ power allocation is dynamic, and power mapping scales up to a maximum of 1440W of PoE+ power.

●    Fast PoE: When power is restored to a switch, Fast PoE starts delivering power to endpoints without waiting for the operating system to fully load, thereby speeding up the time for the endpoint to start up.

Cisco Catalyst 9200 Series switch models are designed for stacking switches as a single virtual switch, enabling customers to have a single management plane and control plane for up to 384 access ports.

* At the time of license renewal, the Cisco DNA Essentials license can be purchased to be used with Network Advantage.